Steve has notched up some 50 odd singe handed championship titles over a variety of classes. 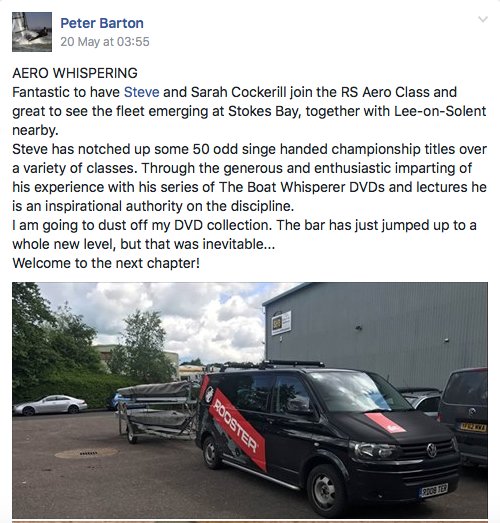 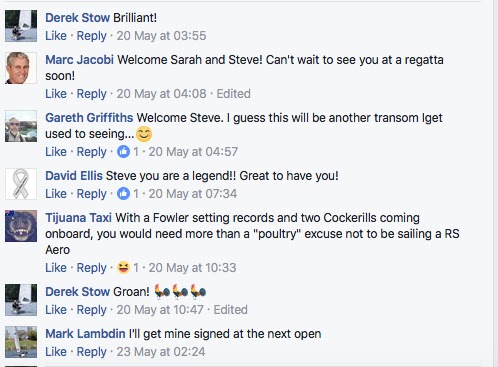 The Laser block to block rig makes the boom very low and you really have to find a way to duck under the boom when tacking.  For many of us masters roll taking is out of the question, we just can't get under the boom in the correct way.  Here are two video with instructions on roll taking.  The RS Aero has much more room, so no excuses now.

Both videos slow the action down. 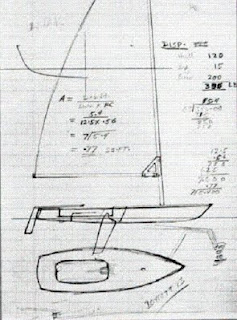 When you compare the 2013 designed RS Aero with the 1969 designed Laser it is easy now to see the Laser's five basic design flaws.

But why did designers, Bruce Kirby and Ian Bruce, chose a sail plan that required block to block sheeting at the transom?

Setting a low boom  also required a cockpit inset into the boat so low it cannot self drain. Centre sheeting and self draining cockpits were common in Moth designs in the 1960's and its hard to explain why the Laser ended up with such a poor configuration. 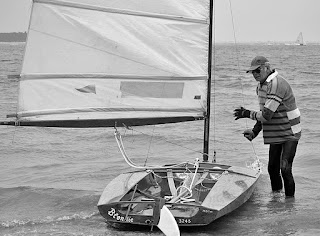 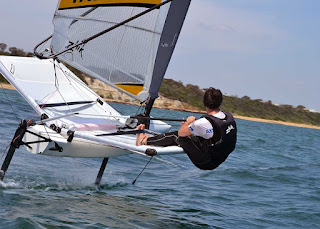 The Kirby's foresight was the was the unstayed mast that simply slotted into a hole in the deck. Comprised of two pieces aluminium tubing it made easy work of rigging, storage and transport. The approach now perfected further by the Aero and the WASZP.

1.  Bruce Kirby's doodle on a yellow legal pad. The tear sheet from this pad later became what we called the “million dollar doodle.”

2. 1960's Australian Moth with centre sheeting and self draining cockpit

3.  The WASZP with no stays, good when dismounting at 20 knots.