Too Hot To Sail - The Planet Is Warming so is Australia

Yesterday Sydney broke the hottest day record with a top temperature of 45.8 degrees Celsius (114.4 F).  For those of us acclimatised to the mild temperatures of sub tropical Sydney, it was far too hot to be on a Laser. 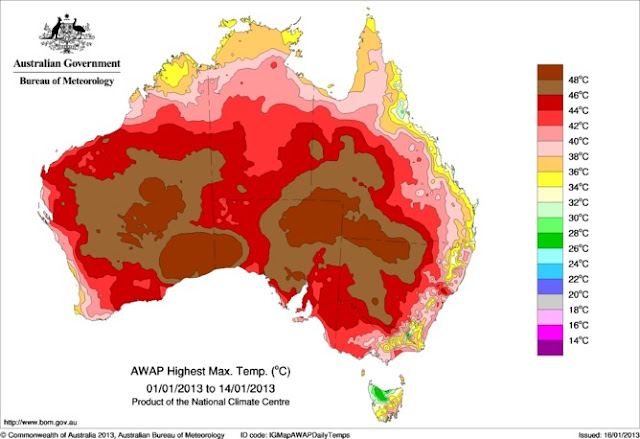 This is according to the Australian  Bureau of Meteorology which recently published an article in the on-line publication  The Conversation.

They say it is just not an Australian phenomenon, the summer just gone in the US was the warmest on record, with extreme heat records broken at a rate never previously seen before. Studies here and overseas are now showing that many of the recent extreme summer heat events around the world — such as the European heat wave of 2003, the Russian heat wave of 2010, and US heat waves during 2011 and 2012 — would have been very, very unlikely without the influence of global warming.

Read the full article at The Conversation”